Nissan is a Japanese automaker founded in 1933 by YoshisukAyakawa.

Previously, the company was known as “Nippon Sangyu”, which means Japan Industries. It was shortened to Nissan.

Headquartered in Japan’s second largest city of Yukahama, the company began its journey in 1933 after acquiring Datsun Motor Company, founded in 1914, the two companies became a single company under the leadership of YoshisukAyakawa, which at the time was able to create a huge production base producing between 10,000 and 15,000 cars per year. 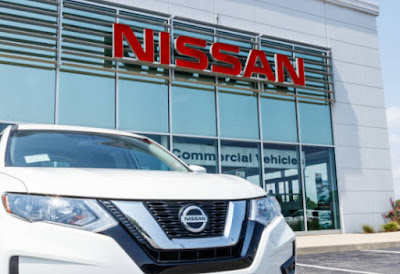 In 1947, Nissan relaunched the Datsun brandfor the passenger car industry, which was the first sports car in 1969, the 240Z, which contributed to the raising of Nissan’s shares globally after winning the title of the most sold sports car in the world, and then the acquisition of Prince Motor Motor Company, which resulted in the purchase of both The Sky line and Gloria, but Nissan decided to give up the name and offer those cars under the special logo, Shares of the company again.

In 1989, Nissan decided to expand its Infiniti subsidiary, which celebrated the manufacture of the 1 million Nissan cars, which later became Nissan’s luxury subsidiary around the world.

In 1999 Nissan faced a lot of financial problems, and was on the verge of bankruptcy, which prompted it to union with Renault French, to own Renault 43.4% of Nissan shares, Nissan owns 15% of Renault shares, and took over the presidency of this union “Carlos Ghosn”, which managed to lead the union despite all the difficulties to success, to reach sales of the Union assembled in 2013 to more than 8 million cars around the world, to become the union is the fourth largest car manufacturer in the world.

Nissan’s role is not only to sell cars or to go beyond the technological limits of what can be achieved, but also to understand the importance of the community role of companies and how they can have a positive impact on the society around them and wider.