In 2003, with the founding of Tesla, more serious attempts began to produce electric cars that aspired to be an alternative to traditional cars. More recently, the race between car companies in the field of electric cars, which could be considered the next generation of cars, has begun to be seen as a result of environmental laws and legislation that tax traditional cars. 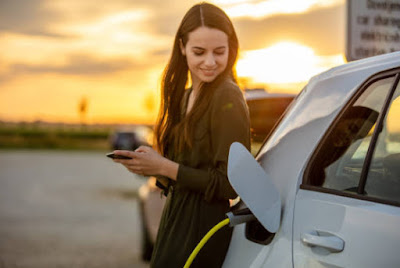 Volkswagen has announced that it will spend $30 billion over the next five years on projects related to the manufacture of electric cars, expecting its electric car production to reach 3 million that year. Japan’s Toyota aspires to become half of its electric car production in that year, now at 17%. To this end, Toyota has broken its customs to sign a partnership with a Chinese lithium battery manufacturer. Mercedes has invested more than $1 billion to make it 20 per cent in 2025.

Attention to electric cars is confirmed by the figures spent so far, and the figures announced for the coming years, which could exceed $300 billion, according to projections. While electric car production reached 1.9 million in 2015, this figure is expected to reach 9.3 million this year and 30 million in 2025.

Companies are aware that not competing from now on could mean declaring bankruptcy in the future, as indications are that up to 15 per cent of the world’s total cars may be in the world. Historical lessons confirm that the struggle to catch up with development is an inevitable path to bankruptcy, and those who see the big companies that have gone bankrupt in recent years are aware of this fact.