You may hear about many of the names of car companies and brands, but most likely you did not know the origin of its meaning or even the story and story of that name so in this article information about Mitsubishi Car Company.

Headquartered in Tokyo, Japan, the company is affiliated with Mitsubishi Financial Group, a huge group of companies operating in several fields including automotive, shipbuilding, exploration, telecommunications, heavy industry and even aircraft construction, which is one of the most important Japanese companies in general, and was a major role in the Japanese economic renaissance in the 1950s and 1960s, in addition to its prominent role during World War II and its achievements in the invention of military equipment. 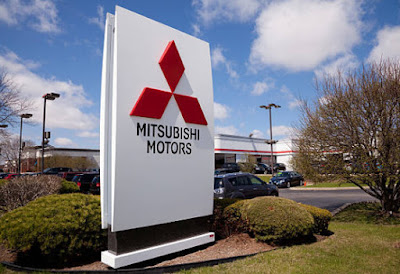 Mitsubishi Motors is the sixth largest in Japan and seventh in the world in the automotive industry, founded in 1970 as a stand-alone brand, after several previous individual attempts by the Mitsubishi Automotive Group began in 1917.

Throughout this period, Mitsubishi cars have contributed to communities around the world by developing new technologies and addressing new areas. In 2017, Mitsubishi Car Company celebrated its 100th anniversary.

The current version of the brand first appeared in 1910 on an English version of the sales catalog. The brand then underwent several changes before taking its current form as Mitsubishi’s most popular icon. Mitsubishi in Japanese means three diamonds.

During its relatively short life, Mitsubishi has participated in many alliances in the automotive world, including Chrysler Group, Daimler Chrysler, Volvo, PSA Peugeot Citroën, Renault, Volkswagen, Proton and Hyundai, as well as many Chinese car companies that use Mitsubishi building rules and engines to date.

It is not long since Mitsubishi returned to power after it was on the verge of collapse when Carlos Ghosn, former CEO of the Renault-Nissan Alliance, bought part of Japan’s troubled automaker to merge into the alliance to make Mitsubishi’s future look safe after years of apprehension.