If you’re spending long times of your day off-road, your choice will definitely go for SUV, most of which comes with a 4×4 with family space and luxury equipment at the same time.

The best SUV on the market is the Jeep Wrangler, it’s very powerful and ready for your adventures, it’s the model we use to illustrate the term SUV, jeep offers either two or four doors, a variety of top fittings, and more technical features than ever before.

While SUVs are losing market share in crossover transitions, there are still many great options for buyers who want something more challenging off-road, so we’ll show you the best SUV in terms of luxury equipment, performance and hybrid cars as well. 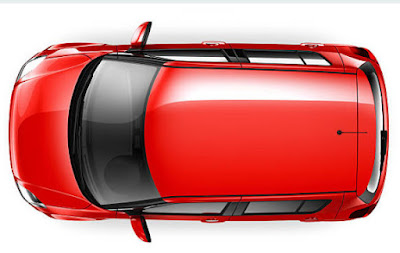 The origins of the Jeep Wrangler date back to the original Willis, which was developed to fight during World War II, which has evolved dramatically over the past few years and generations, and the new model eventually swallowed the technical grain rejected by its ancestors! But its spirit remains the same, meaning it is simple, relatively affordable, and almost uncompetitive.

Bentley Bentayga is one of the fastest, most expensive and powerful SUV on the market, featuring a sleek interior – as usual, the 6-liter W12 turbocharged engine with 600 hp, and an exciting 663-pound torque, buyers who don’t need much power can request a lower-cost version using a 4.0-liter V8 engine with a dual turbocharger, and instead, Bentley offers a hybrid engine powered by gasoline and electricity.

The 4Runner comes with an old-fashioned design in the best possible way, and while many of its competitors have adopted a one-body design, it maintains a high truck-like design that gives it the ability to climb impressive obstacles.

The cabin is on par with competitors in softer, but Runner boasts a modern entertainment system, supporting seats and materials that can be considered largely luxurious, 4Runner is not the cheapest family car, but you get what you pay in return.

BMW X3 offers plenty of potential for motorists looking to the famous SUV class, originally known as the best SUV in terms of sales, in 2003, BMW claimed that the MK1 X3 was the world’s first luxury mid-size SUV, but since then competition has erupted and now faces direct competition from Mercedes GLC and Audi Q5 but the X3 is doing enough to bypass the competition.

The Cayenne E-Hybrid is just as fun to drive as the standard Cayenne, which is already the most dynamic luxury SUV.

Power reaches the four wheels of the SUV with an eight-speed automatic transmission, and the E-Hybrid takes about 4.7 seconds to reach 60 mph from a stop, and deals better than a large SUV.