Toyota is a Japanese car company founded in 1937 by Kichiro Toyoda.

Headquartered in Toyota, Japan, the company is the world’s largest car manufacturer, the 14th largest company in the world, and the largest in Japan ever. 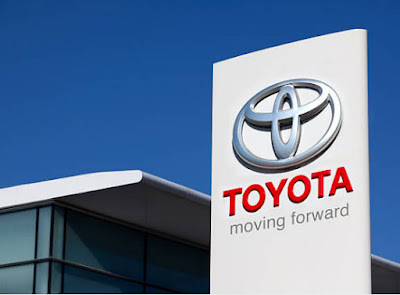 The company began with the desire of “Kichiro Toyoda” to build a car company belonging to Toyotaindustrial company owned by his father, and Toyota continued to develop its business until it reached the American market in 1957 with its Crown, which put it in a global growth race, until the U.S. government began to place restrictions on the import of cars to protect its national product, which prompted Toyota to build production bases within the United States in the early 1980s, including the development of an abandoned construction base of General Motors.

Toyota continued its expansion with the launch of its luxury lexus brand in 1989, followed by sion in 1990, with its extensive participation in motorsport from the 1970s until the entry into the world of Formula 1 with a team bearing its name in 2002.

Toyota first appeared to the world with a logo bearing the company’s founder’s family name, where the name Toyoda remained at the forefront of the company’s cars until 1936, and then Toyoda announced a competition to design a new logo, winning the second logo out of the 27,000 designs presented. The new logo includes Japanese letters that pronounce “Toyota”, where the company decided to change its name Toyota to make it easier to pronounce, and the name continued as well today, as the logo evolved to become English and then to the famous current logo.

Toyota’s current logo in the three intersecting ovals represents the company’s commitment to credibility with its customers, and its interest in technology and quality.