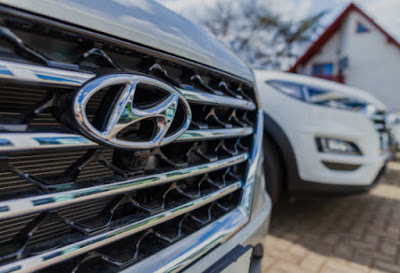 Hyundai cars are sold in 193 countries around the world, and the company has more than 6,000 showrooms and more than 75,000 employees.

The company introduced its first car in 1968, Cortina, manufactured in collaboration with Ford Motor Company. Soon after, the company realized that there was huge potential in the automotive industry and wanted to develop its own car. Therefore, Chan Jo-Young appointed George Turnbull (former director of Austin Morris).

In response to the creation of high-quality cars, I hired five of Britain’s leading car engineers, and in 1975 it was a major transformation in The Hyundai’s history, producing the second Hyundai and south Korea’s first large-scale car, Hyundai pony with Mitsubishi’s mobility range and the design style of Giorgio Giogiaro of ItalDesign. This was the beginning of a new and successful company, not only in South Korea but also around the world.

The company has been ranked fifth in the world, in the automotive industry since 2007, and has more than 20 automotive-related subsidiaries and subsidiaries.

Hyundai exports more than a million high-quality cars, ranging from sedans to SUVs, trucks and buses.

Hyundai has three plants in Korea, with a total capacity of about 1.86 million units per year, located in Ulsan, Asan and Gyeongo.

Ulsan Factory is the largest car factory in the world, with five independent factories, and is capable of producing 5,600 cars a day.

Jeonju Factory: Specializes in the production of medium and large-sized buses, and is considered the largest commercial vehicle production plant in the world.