Lamborghini is an Italian car company specialized in the manufacture of high-performance luxury cars, founded in 1963 by “furcio Lamborghini”.

Headquartered in the Italian city of Santagati Plogoñez, the company originally started manufacturing garages and agricultural equipment, where Furcio served as a mechanical technician in the Italian Air Force during World War II, and gained experience in the field qualified him to design superior agricultural equipment, making his company the largest in Italy in this field. 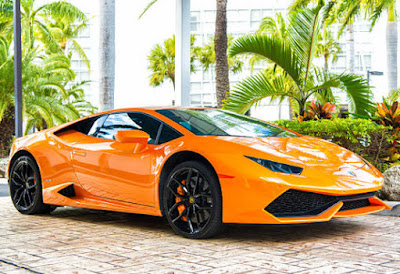 Due to the huge gains he made, Furcio began to regain his childish interest in cars, starting with owning a lot of luxury cars, including a Ferrari 250GT that damaged its transmission clutch one day, and Furcio decided to fix it and was surprised that he was in fact the same clutch that he used in the manufacture of agricultural tractors in his company, and when he went to Ferrari asking them to replace this part with the last best efficiency, Ferrari replied that he is a maker of agricultural equipment and that he knows nothing about sports cars, which prompted him to The establishment of Lamborghini Motor Company to put its own vision in sports cars on the ground.

It was the beginning of the brightness of the Lamborghini by launching the Miura in 1966, which was the first high-performance car with a medium engine and rear drive, to establish this trend in the world of performance cars, which is still used today.

Lamborghini sales began to decline after the global financial crisis and the point crisis of 1973, and the company continued to be sold from one group to another until it ended up in 1998 by the Volkswagen Group, which it placed under the management of the group-owned Audi.